Stepping across the Uncanny Valley with Shavonne Wong

After a decade in fashion photography, Shavonne Wong has dived deep into the world of 3D, synthesising her skill and experience to create lifelike human models. She sits down with fellow NFT Asia founder, Clara Peh, to reflect on how her digital practice has evolved and her year in NFTs thus far.

Since entering the world of NFTs in early 2021, Shavonne Wong’s work has already been exhibited widely from Singapore, Dubai, to Venice. Featured by the likes of Vogue and Bloomberg, and gracing the billboards of Times Square in New York and Shibuya in Tokyo, Shavonne’s rapid rise is testament to the many new doors that NFTs have opened for digital creators. But more importantly, the popularity of her work is demonstrative of our eternal desire to see human figures and characters in the digital landscape.

Prior to NFTs, Shavonne had a decade-long career in fashion photography, a space which, in her mind, holds consistent parallels with the creativity that characterises her work today. “Unlike documentary or event photography which focus on capturing reality, fashion photography, to me, has always been about creating fantasy and selling a dream.”

In 2020, when the pandemic hit and strict lockdowns befell across the world, Shavonne moved from working on-set with human models to creating virtual models on her computer, speculating on the future of digital fashion and the growing need for ways to display clothing outside of the physical realm. She started her own virtual modelling agency where clients could book her CGI models to fashion their clothing.

“Fashion photography, to me, has always been about creating fantasy and selling a dream.”

Shavonne’s virtual models are realistic and lifelike constructions, drawn from her large repository of reference photos comprising different faces and body types. Continuing her extensive experience working with models in real life, Shavonne developed an interest in working with faces and looks that sit outside conventional beauty standards, challenging and expanding our notions of beauty. She places her models with different settings, much like in a traditional fashion shoot, to create uncanny and imaginative scenes. Her work continues to sell fantasies and dreams, but this time, without the constraints of gravity and laws of physics.

Her Lunah Moon series was one of Shavonne’s early forays into NFTs, and characteristic of her technical skill. Lunah Moon is an Asian woman with brown freckles across her cheeks, platinum white hair, and shimmery red lips. Red painted fishes with long, delicate tails swim across her face as she keeps still and holds her gaze straight ahead, inviting onlookers to meet her eyes and step into this imaginary scape alongside her. The slow blinking of Lunah Moon’s eyes is eerily realistic, and is a gesture used across several of Shavonne’s model series, such as Lilium and Kin, introducing life and motion into her digital figures. Each work captures a lush scene, as if they had been lifted straight out of an editorial magazine.

Building on her individual models, Shavonne began expanding her practice to create broader narratives and experiment with the possibilities of digital 3D. “I create whatever excites me. This could be a visual look I am going for, a new technique I have learnt, or perhaps a message I would like to bring across in my works.” In Uplift, we see a short animation of a group of women of all races and body types gathered, lifting one another up to leap into the sky. Meanwhile, in Weightlessness, three women are suspended in motion and in mid-air. They are symbols of timeless beauty and grace, while the clouds shift rapidly behind them.

“One of the biggest changes (as an NFT artist) is moving from a team structure that is very collaborative to working alone.”

‍Love is Love is Shavonne's most significant series so far, a generative project of 500 pieces. In each piece, two individuals stand close to each other in anticipation of a kiss. Collectors were invited to select the genders of the couple depicted in the edition they mint, an exercise Shavonne designed to enable the collector to see themselves reflected in their collected work and to emphasise that love is love, regardless of one’s identities and preferences.

This dispersion of creative authority, reclaimed from corporates and clients, marks a huge distinction between NFT art and the traditional space. Yet this power also brings greater responsibility for the entire workflow. NFT artists don't need a team, but learning to work solo is its own transition. “One of the biggest changes is moving from a team structure that is very collaborative to working alone,” Shavonne recalls, explaining that the shift commercial photography to creating her own work is itself significant. Previously, she would have been working with models, makeup and hair artists, stylists and others on the crew, all working collaboratively to complete a shoot. By contrast, “moving into 3D, there aren’t many digital makeup artists yet, and the digital fashion scene is still small, so I have to take on roles that I previously never had.” Whilst the transition to a new medium has led her up a steep learning curve, Shavonne has quickly adapted and become one of the most well-recognised 3D model creators in web3.

Earlier this year, Shavonne collaborated with fellow Singaporean photographer, Lenne Chai, on a 3D photography project titled, By Proxy. This marked Shavonne’s first NFT project where we see her virtual models imposed on photographic images. Although she had previously experimented in combining both mediums through her work on her modelling agency, her NFT works had been entirely digitally constructed up to this point. By Proxy brings us into the world of a virtual teenager as she enters adolescence. We watch her in different situations, sitting atop a slide in the playground, to lying on her bedroom floor, toying with something in her hands, to falling asleep and clutching her book bag on the train.

Captured against everyday scenes and sights in Singapore, we watch her grow from the life of a young child to a teenager, from sitting on her cartoon-themed bedsheets to drinking beers for the first time by the beach. Lenne’s soft and dreamlike lens let us be bear witness to the girl’s journey, while Shavonne’s realistic but intentionally uncanny construction of the young girl’s face reminds us that the story is fictitious; lifelike, but not quite. In revealing the protagonist to be a digitally constructed model, her identity is obscured. She becomes a green screen onto which each of us can project our own memories and childhoods.

Moving forward, Shavonne will continue to create lifelike models in fantastical landscape, allowing her artworks to act as prototypes for expanded imaginations in a virtual reality. As digital tools and processes continuously improve, she is currently taking more time to focus on levelling up her skills and improving craft, with the aim of being able to create even more realistic and affective narratives. And with that, she takes us further across the uncanny valley of the humanoid. 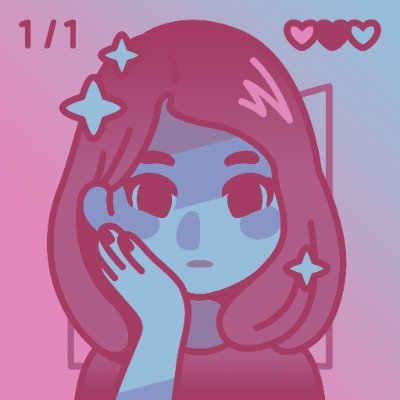 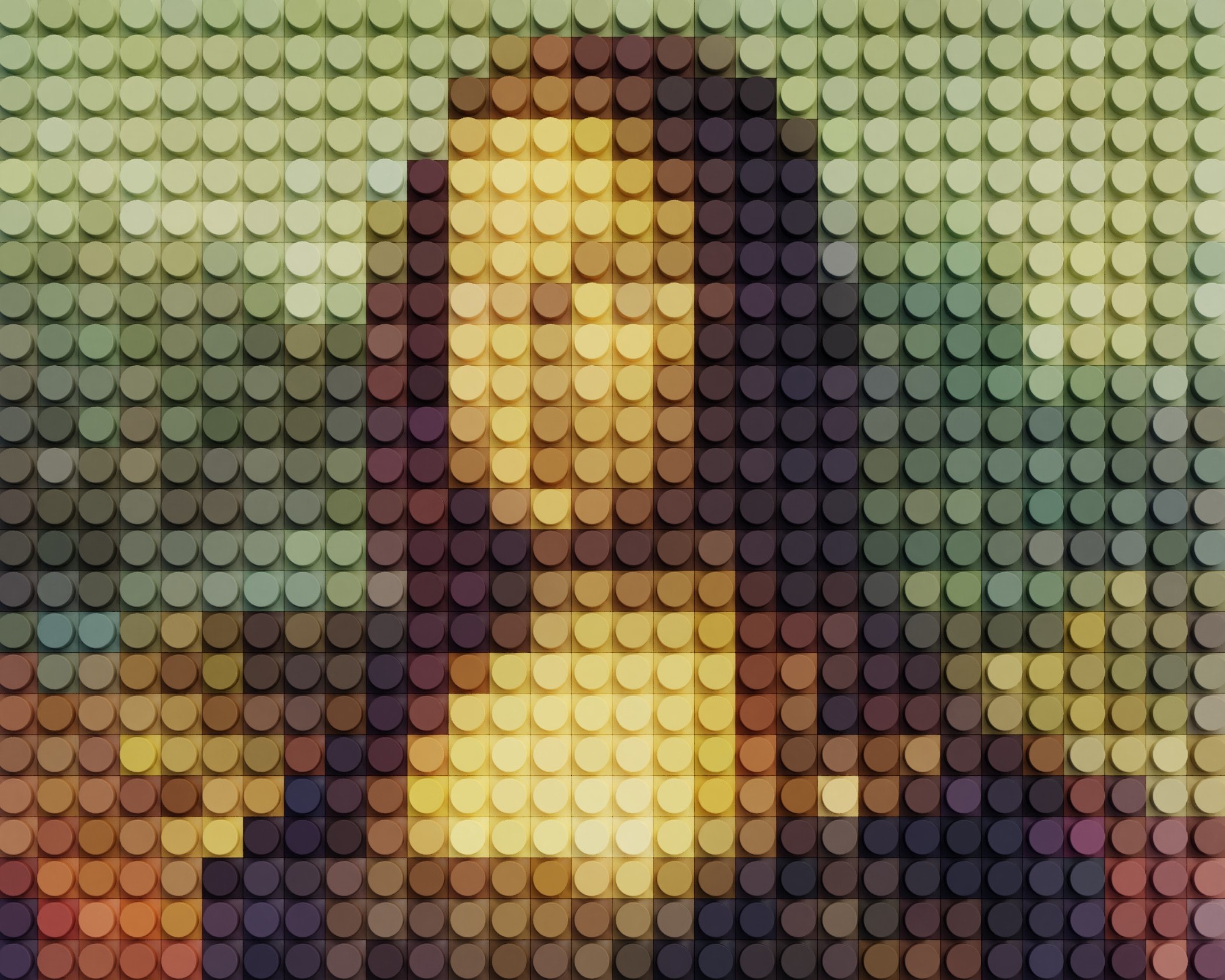 Clara Peh is a curator, arts writer, and educator. She is co-founder of NFT Asia, the digital-native collective that focuses on Asian and Asia-based artists. She has curated projects including 'Right Click + Save' in Singapore (2021) and 'A Screen of One's Own' in New York, USA (2022). She has contributed to platforms including Outland, Hyperallergic, and SuperRare. Her practice centres around Asian contemporary art, emerging technologies, and the intersections of art and money.