“They know that eventually, it's going to come to pass” — Zain Verjee’s journey from CNN to NFTs

Zain Verjee began her career as the midnight love show DJ in Nairobi, and made it as a towering figure in journalism during 15 years at CNN. Her work has taken her across the world with the likes of the BBC and the Qatar Economic Forum, which she hosted last June. She speaks to Leo Nasskau about swapping CNN for NFTs, what blockchain could do for journalism, and how Africa can embrace web3 to have a transformative impact on the continent. Léa Rose Emery tells the story.

Listen to this interview as a podcast on Spotify.

“I like the idea of exploration. I like the idea of risk. I like the idea that maybe I can be a bit of a badass once in my life.” 'Once in my life' is clearly an undersell — from CNN anchor to web3 advocate, Zain Verjee has established herself as an authority in both mainstream and emerging spaces. A regular feature on the world stage – she hosted Bloomberg's Qatar Economic Forum in Doha last June – the Kenyan journalist brings an immediate tenacity and infectious enthusiasm that all began with the lonely hearts radio show on Capital FM in Nairobi.

“I actually started off my career as a radio DJ doing the love show, which was called Love Lines, on Capital FM. My advice must have been so terrible, but I actually started on the 11:00am to 1:00am program. So I played romantic music and gave people advice when they called in. And I think I was all of about 23 years old,” she laughs.

Her love of radio took a serious pivot when world news hit dangerously close to home. “It was August 7th, 1998, and that was the US Embassy bombings. That was a moment that catapulted me into understanding the state of the world, and looking at hard news and doing some work for the BBC.”

“Inexperienced but persistent”, Zain set her sights on CNN in Atlanta. Writing monthly asking for an opportunity, her efforts eventually paid off. After a screen test, they offered her a job on the spot, and she spent the next 15 years building a towering reputation in journalism.

The same traits of determination and focus that led her to the job of a lifetime have continued to shape her career. She now heads her own global media advisory firm, ZVG, and has taken her journalistic eye and balanced judgment to the world of web3. “I've always been someone who's passionate about the creator economy and looking at what blockchains can do, their use cases... I've seen huge potential — and huge risk, which we're all feeling — but there's something revolutionary going on and I don't want to miss it.”

For Zain, that realisation that there was something revolutionary happening came — fittingly, for a journalist — in the early days of researching. When learning more about web3, two key use cases immediately cemented themselves in her mind. “In Africa, you have a payments problem — an ah ha! moment was that there are definite use cases with blockchain and DeFi, specifically that you can apply to the continent, (such as) lower costs remittances from that diaspora across the world to Africa — and in the instant nature of transactions and efficiency and autonomy. That was a big moment for me.”

Zain understands the fundamental importance of access — both in terms of usability and of the resources themselves. She speaks candidly about being “not a techy” and the learning curve when educating herself about the space and draws huge inspiration from M-PESA, the fast, frictionless money service run by Vodafone that’s used by 51 million people across 7 African countries. “There's not a high cost to it and it's become ingrained in our lifestyles,” she says. “We understand it in Kenya. For cryptocurrency and web3, there's a huge education gap. People don't understand it.” That gap is something she's working to fill with her YouTube channel. But despite it, she’s excited by crypto’s potential, where users don’t have to jump through hoops to verify ID and register in person to get financial access, or do so without relying on Vodafone as a customer.

“We're having fibre wire data centres for greater connectivity for the entire African continent, a powerful future market that's occurring now. So whoever is in this space now is going to benefit later... We are very well poised to leapfrog any of the structure, infrastructure issues and technology issues that existed in the past (in web2, in Europe and North America) when we're looking at web3. So I'm not counting it out. I think it's going to be the greatest, most transformative force on the continent in years to come.”

While many web3 enthusiasts have been impressed by the space’s potential to transform payments, Zain’s background gives her a fresh perspective: What could web3 mean for journalism? It’s a question she’s both excited by and grappling with, drilling down into the very nature of media in an increasingly polarised and fractured world.

“When I think of journalism, I think of stories that individuals around the world or countries around the world aren't able to get out,” she explains. “Because journalism, it's a business, people are investing in certain kinds of (news) stories. So when you try to decentralise journalism, how do you do it? What are some of the vehicles? Is it an NFT with utility? Is it some kind of a digital membership pass that allows you to contribute to a broader community that talks about storytelling? Should it be contained within a DAO — where a community decides and votes on what stories are important and has a little bit of money sitting there that may have been generated from an NFT collection? What are the rules of good journalism there? And how do you make it participatory? And what tools can you use to check the facts?”

“At the Qatar Economic Forum, there was definitely a recognition by all leaders — thought leaders, business leaders, heads of state — that blockchain and crypto are here to stay.”

They’re big questions — and one that she has both the experience and the curiosity to wrestle with. She is inspired by both her own experience in journalism and current developments in web3 — from oracles like Chainlink and to media disruptors like Theta, to see how to make storytelling and media more democratic. And that, in part, means finding a platform for new voices. Frustrated by the reductive view that the west often takes of African artists, she’s also optimistic about the power of exposure to break down stereotypes.

“We tend to default in the West and many parts of the East into stereotypes of the African continent and a lack of understanding that actually there are 55 countries here — they're very diverse, every single one of them, in so many different ways. It's not a block, right? So when you start to see things as a block and you stereotype them, then you look at the art on OpenSea and you put that perception onto artists going, ‘Well, it's still not African art; I don't see a tribal mask here, or I don't see some animal photography, or I don't see these bright African colours or any Ghanaian cloth’. We need to broaden our perception of the continent and therefore the perception of our artists.”

It's for this reason that Zain prefers to talk of ‘artists from Africa’ rather than ‘African artists’, noting that artists from no other continent and grouped together in the same careless way. By promoting this concept shift, Zain hopes that artists from the continent can benefit from a new wave of visibility, from eyes that really want to stick around. “When you make the effort and you actually see the talent, then it's going to blow you away. Because you discover something completely different and your stereotypes get broken as a result of that.”

Her favourite artists in the space include the Lagos-based fine arts photographers Sanjo Lawal and Tobydphotographer, as well as Tega, who is responsible for the Where Gods Met Humans collection (Zain owns the artwork Chimbu Tribe), and Freddie Jacob, a queer digital artist who creates pieces “inspired by my intersectional identity.”

With determined forward momentum and a powerful sense of agency, Zain insists that “we can amplify each other, but we need people on major platforms to actively reach out and look around”. She is clearly committed to making that happen, both amplifying voices within web3 while advocating for web3 in the world at large.

Anyone who feels like web3 is suffocating in an echo chamber need only turn their attention to the likes of Zain, who is equally candid about the current limitations of the space as she is about its potential. A frequent presence on the world economic stage, she carries weight as an authoritative advocate and communicator for the space. For web3, she understands the needs of the globe’s leading companies and economies, and for those companies, she helps them open their minds to the opportunity in web3.

“The advocacy piece is really important to me,” she explains. “As I learn, I'm sharing; I'm no expert. I want to be able to relate to people that are also learning and, you know, maybe a little bit intimidated as well. I learn it by doing it and if I immerse myself in it, I can communicate it.” In doing so, she’s seeing the witnessing and manifesting the shift, as more key players open themselves up to the idea of web3. And she doesn’t underestimate the importance of that recognition.

Last June she was in the Middle East to host the Qatar Economic Forum, which convened leading economic thinkers, business leaders and government ministers. Elon Musk joined a wide-ranging interview with John Micklethwait, Editor-in-Chief at Bloomberg News, whose parent organisation Bloomberg organised the event. “At the Qatar Economic Forum, there was definitely a recognition by all leaders — thought leaders, business leaders in their sectors, heads of state — that blockchain and crypto are here to stay. It's not a road many are open to pursuing necessarily, but they know that eventually, it's going to come to pass.”

With clear-eyed voices like Zain as authoritative advocates, the bridge between web2 and web3 feels steadier — and it’s clear that she’s committed to paving that road, for unheard voices and inquisitive minds alike. 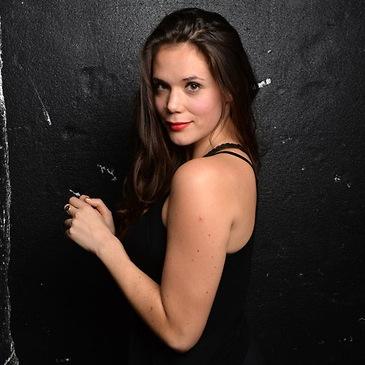 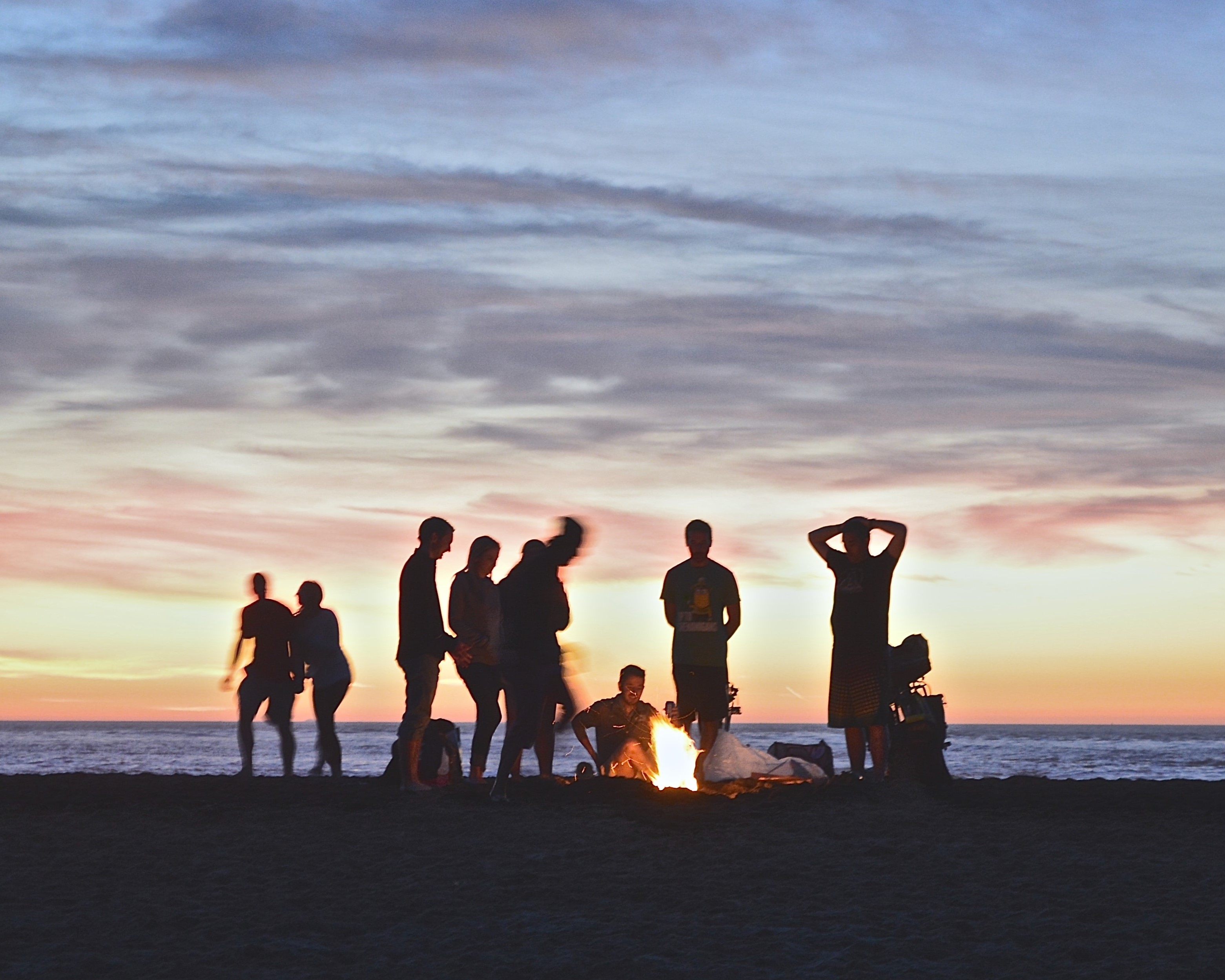