How Service DAOs are rewiring the traditional agency

Jason Levin
December 29, 2022
When it comes to web3, agencies are out — service DAOs are in.
Tags
Service DAOs
DAOs
Share

Service DAOs present a new opportunity for professionals to collaborate beyond the traditional agency or partnership. Jason Levin explores those leveraging web3 to disrupt the traditional economy and pieces together the roadmap for those trying to do the same.

Entrepreneurs and professionals disrupting industries with new models of service provision is not a new phenomena. The impact of web3 is what decentralisation brings to the table. Typically made up of individuals who unite to profit from their common skills, service DAOs represent a new model of collaboration made possible only by blockchain.

In more ways than not, service DAOs are similar to traditional agencies, consultants, or other short-term service providers. The main distinction is that there is no hierarchy or central authority. Instead, every member of the DAO owns a share of the pie through the use of a shared token, creating a sense of incentive alignment that is unavailable to most employees and more reminiscent of traditional partnership structures that most individuals lack access to.

There are many different service DAOs operating today, each with its own unique focus, from marketing to cybersecurity. In being more incentivising than an agency and more accessible than a traditional partnership, it is likely that we will see an increasing number of service DAOs being formed to offer services — and doing so with talent and rates that are competitive with existing service providers.

Named after the protein that powers muscle cells, Myosin is a marketing DAO that works with both web2 and web3 companies on their acquisition strategies.

“You can’t simply push your ads into the ether and hope that they’ll find users,” writes Myosin founder Blake Kim. “Rather you need to focus on building a strong community, content, and partnerships pipeline that create a strong gravitational pull, and use paid marketing to amplify your gravity.”

Most growth marketers are either in-house or work in an agency model, but Myosin is a DAO with multiple guilds each for different purposes: content, strategy, product, and more. They’re in Seed Club’s prestigious DAO accelerator and have done work with gaming platform EveryRealm and the web3 messaging platform Notifi.

Founded by veteran growth marketers Blake Kim and Simon Yi, Myosin is a well-rounded DAO that offers services across all fields of growth marketing ranging from running a project’s Discord to doing their paid ads. On top of servicing other companies, Myosin is using its DAO treasury to build digital products ranging from growth playbooks to SaaS products.

For each project, 75% of revenues go to the project contributor(s), 15% go to the DAO treasury, and 10% go to the referrer. This ensures incentives to foster collaborative growth as well as individual quality output.

On the face of it, Myosin looks similar to a traditional marketing agency. But it differs in leveraging smart contracts to automate away much of the hierarchy and middle-management that create overheads for agencies. In its place are frictionless incentives that encourage all members to accelerate Myosin’s growth.

It is true that hierarchy and management can add to an organisation, but Myosin’s thesis is that smart contracts allow them to capture the lift without adding the weight. Whether they succeed or not, they will raise the bar by outcompeting lesser agencies which fail to make the most of management whilst suffering under its overheads.

Code4rena is one of the leading DAOs in web3 security, with clients including OpenSea, SushiSwap, and ENS, amongst others. Most big tech companies have bug bounties: they pay white-hat hackers, often lucratively, to find bugs in their software. According to hacker website Geekflare, five-figure bounties are common in the industry, whilst those at Apple, Microsoft, and Samsung can reach $1 million.

Leaning into hacktivist-gaming culture, Code4rena is built around the metaphor of an arena where DAO members are the players. Like any sport, there are different roles: Wardens, Sponsors, and Judges. Wardens are the code auditors, Sponsors create the prize pools to attract Wardens, and Judges decide the severity and validity of the findings and rate the Wardens’ performance.

In October, Code4rena launched private competitive audits. Rather than security engineers auditing published code, Code4rena now facilitates audits of private code focused on stealth startups, NFT launches, companies with closely-held IP, and anyone concerned about having their code hacked before they launch.

Code4rena place themselves at a middle ground between individual bug bounty hunters and agency-led code audits. As with Myosin, they use smart contracts to cut out constraints that limit the service provided by traditional audits. But in addition, they are a valuable alternative for cybersecurity specialists who might otherwise only work alone.

Everyone has heard of the media outlet Bankless, but most are unaware of BanklessDAO. Their mission is to build a media and social DAO that onboards 1 billion people into crypto.

In contrast to Myosin and Code4rena who open themselves up to a range of clients, BanklessDAO is focused primarily on servicing Bankless, the company. The DAO was founded by Bankless founders David Hoffman and Ryan Sean Adams when they airdropped 35,000 BANK tokens to each Bankless premium subscriber.

From there, it blossomed into a community with multiple guilds that help further the Bankless mission as well as other related web3 projects. The Analytics Guild focuses on data-driven intelligence for projects, the Audiovisual Guild focuses on content, whilst the DAOlationships Guild focuses on building relationships between Bankless and external organisations. There is also a Design Guild, a Developers Guild, and an Education Guild, which has incubated projects like the Bankless Academy. The Writers Guild even releases content as if it was its own organisation.

BanklessDAO is a unique case study because it was built from the Bankless movement, originally just a newsletter. 30% of the total $BANK token supply was airdropped retroactively to existing members of their community, which has now become its own autonomous organisation with almost 6,000 different token-holders as of mid-November 2022.

The rise of the service DAO

When it comes to web3, agencies are out — service DAOs are in. They allow for flexibility and aligned incentives that just don’t exist in typical agencies.

Rather than going through a lengthy hiring process, contributors can simply join a Discord, jump on a community call, and earn tokens through doing work. Not only will you build a portfolio, but you’ll also become friends with smart, adventurous builders and thinkers.

It is true that hierarchy and management can add to an organisation, but Myosin’s thesis is that smart contracts allow them to capture the lift without adding the weight. 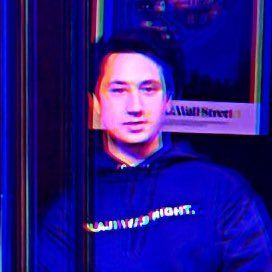 Jason spends much of his time writing freelance for web3 VC firms and startups: blogs, threads, ghostwriting, ad copy; everything. In his weekly newsletter, Cyber Patterns, he shares unconventional strategies to win the great online game.