Randy Ginsburg
August 4, 2022
Mad Realities is breaking down barriers in web3 media, but is this really the future?
Tags
Media
Share

Community-led content is the future of storytelling and its natural home is in web3. Mad Realities is at the forefront of this new medium. Randy Ginsburg dives in to see how far they've come and explore if they can make it work.

But with traditional TV and cable networks’ ratings plummeting, and streaming services losing eyeballs to social media competitors, it’s abundantly clear that the mainstream media is losing the competition for consumers' attention. They are finally recognising its fundamental flaw: viewers are creating value for the networks while receiving nothing, aside from entertainment, in return.

Enter Web3 media. Whereas traditional web2 content is geared towards pleasing advertisers, web3-native content is catered to the viewers because it’s created and owned by the viewers themselves.

Through NFTs that enable community-led content, Web3 media projects like Mad Realities enhance the viewer experience in completely new ways. Not only do they provide audiences with unparalleled access, but they allow fans to participate in the financial upside of the show’s success and play a role in creating the storyline themselves. By involving user communities more deeply in the content and storytelling that they consume, web3 media firms are positioning themselves on a far broader industry trend, but doing in a way that can only be done via blockchain.

What is Mad Realities and how does it work?

A brainchild of two New York twenty-somethings, Devin Lewtan and Alice Ma, Mad Realities is a decentralised media platform focused on shared experiences, co-creation, and community-ownership. Their first show, Proof of Love, is a community-directed dating show, is Mad Realities’ first attempt at bringing this vision to life.

On the face of it, Proof of Love is similar to many reality TV dating shows: Each week a new bachelor or bachelorette will choose between four desperately single contestants for a shot at love. But to turn Mad Realities into their own mad reality, Ma and Lewtan needed funding. The pair formed a DAO and turned to NFTs, successfully crowdfunding over 172 ETH (around £420k / $500k at the time) through the sale of Genesis Passes. They subsequently raised £5 million ($6m) in a seed round led by Paradigm Ventures.

The Mad Realities ecosystem is built around the Genesis Pass. These animated-rose NFTs granted holders governance rights such as the ability to vote on cast members, save and eliminate contestants, and determine what happens on dates each week, along with access to live community events. Holders of the rarer Passes also gained access to host an episode (if they choose), select pick-up lines for contestants, and have a say in the set design. In addition to the membership passes, Mad Realities auctions off a 1/1 NFT prior to the start of each episode which gives the winning bidder a producer credit and sponsorship rights.

In March 2022, with a community over 1,000 strong, Mad Realities Season 0 launched to the masses. For six weeks, Sunday nights became Mad Realities nights. The free-flowing, unscripted episodes were live-streamed for free on YouTube, while Genesis Membership Pass holders gathered for exclusive members-only watch parties at the Bright Moments Gallery in SoHo in New York. By early May, the show garnered enough attention to sell out the 800-seat Webster Hall in New York's East Village for the season finale.

Prior to Mad Realities, co-founder Devin Lewtan was one of the key minds behind NYU Girls Roasting Tech Guys, a viral Clubhouse show born from the loneliness of the pandemic. A few times a week, during the depths of lockdown and the short-lasting hype of the audio-only social media app, the makeshift dating show allowed strangers to come up “on stage” and “shoot their shot” to attract a date. Oftentimes, the contestants would be critiqued by Lewtan and her friends. The show was filled with hilarious unscripted and spontaneous moments. It’s this same raw, unscripted, and unfiltered comedy that has made Mad Realities so enjoyable for the community.

Why Mad Realities can be the future of (web3) media

Although the Web3 media industry is still nascent, its potential cannot be ignored. Not only does crowdfunding through NFTs lower the barrier to entry for creatives and storytellers, but it also unlocks new financial incentive structures for both creators and audiences alike. By building a community of people who care about the content nearly as much as the creators themselves, media companies can build a funding vehicle driven entirely by fans, while also delivering value back to these audiences in return.

This flywheel comes from the tighter incentives alignment for creators and fans, the latter being far more incentivised for a show or its creators to succeed compared to web2 productions that lack a form of community ownership.

Both creators and their community share the desire to increase the price of their NFTs, and with Genesis Passes limited to 548 editions, the only way that’s done is by increasing the value of being a member of the community. This incentivises creators to engage token holders with extensive influence over the show’s direction and deliver a high-quality product, whilst the holders themselves are incentivised to act as responsible stewards and advocates of the programme. As the floor price of the Genesis collection rises, tracking the popularity of the show, we should expect the creators to release more accessible ways to engage with the show to broaden the community, better refine the product, and reward early adopters.

If Mad Realities executes successfully, they could be the first to define a new paradigm: where media platforms are no longer rewarded for reaching the largest audiences, but rather the most engaged ones. Success will be measured in mutually created value, viewers themselves become an alternative to traditional studios, and the trend of user-generated content progresses to an ever larger scope, and indeed, even a mad reality.

By building a community who cares about the content as much as the creators themselves, media companies can build a funding vehicle driven entirely by fans. 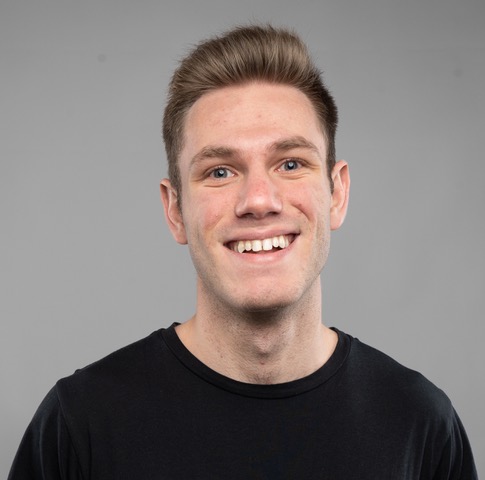 Randy is the founder of Digital Fashion Daily and Third Wall Creative, a web3 marketing agency. Straddling the worlds of retail and emerging technology, Randy has worked with many companies including nft now, Shopify, and Touchcast to create compelling and educational web3 content. Previously, Randy worked at Bombas, developing the most comfortable socks in the history of feet.