Arbitrum: one of Ethereum's most important scaling solutions

Ekin Genç
September 18, 2022
“[Arbitrum] is like taking a road trip in a shared vehicle, rather than driving separately, and you can use a side road to avoid the traffic on the main road, whilst still benefiting from its infrastructure."
Tags
Arbitrum
Layer 2s
Scaling solutions
Reddit
DeFi
Games
Share

Arbitrum is the largest layer-2 on Ethereum with applications ranging from helping manage millions of dollars in decentralised finance to connecting some of the most vibrant communities on Reddit. Ekin Genç explores how it works, what it can do, and why artists and builders should be excited by it.

Ethereum, the largest smart-contract blockchain, has boomed since the DeFi summer of 2020 and onboarded millions of more users in 2021 largely thanks to NFTs. But all that growth has put too much pressure on the network, pushing gas prices (network transaction costs) to sky-high levels. $50 in transaction fees only to buy an NFT?! Such was the norm at the peak of the market, and it’s likely to happen again if the markets heat up.

In response to the scalability problem, a series of solutions have sprung up. Arbitrum is one of those – it is an Ethereum layer-2, an umbrella term that describes chains built on top of the Ethereum mainnet (layer-1) to help it scale. Developed by Offchain Labs, Arbitrum is one of the largest Ethereum L2s, with a around $950 million locked into its smart contracts and 116 protocols, at time of publication. Optimism, another layer-2, is narrowly behind, with $850 million locked into 72 protocols.

The appeal is obvious. Interacting with dApps on Arbitrum can be up to 20 times cheaper than on Ethereum. Curve, a decentralised currency exchange popular on Ethereum, is one of the many organisations to have expanded to Arbitrum. “I think the main thing is that cheaper gas on layer-2s allows for more computationally advanced smart contracts at affordable gas prices,” Curve’s pool optimisation researcher, who goes by the pseudonym nagaking, tells Culture3.

Cheaper gas allows protocols to build dApps without prohibitive costs to users, nagaking explained, adding, “you can see that Curve v2, which uses more complex computations than other exchanges, has gained more market share on Arbitrum than on Ethereum,” because these complex computations are cheaper to run and are thus relatively more attractive for users.

“I hope to see more projects building on Arbitrum as it helps improve performance.”

— X, a pseudonymous contributor at GMX, a popular dApp and exchange on Arbitrum

Many of Arbitrum's most popular dApps are native to the blockchain. The most popular is GMX, a derivatives exchange protocol with a total value locked of $340 million (i.e. assets deposited on the product), whilst the lending protocol Radiant clocks in at $57m, another of over 37 protocols on Arbitrum with over $1m locked into their smart contracts.

“[Building on Arbitrum] is a similar experience to deploying on Ethereum. The Offchain Labs team has been very responsive whenever we had any questions or needed any help,” a pseudonymous core contributor at GMX, who goes by X, told Culture3. “I hope to see more projects building on Arbitrum as it helps improve performance and further decentralises [the web3 ecosystem].”

Layer-2s aren’t the only solution around. Alternative layer 1s – widely known as Ethereum killers – such as Avalanche, Fantom, and Solana offered an additional alternative to those seeking a more efficient experience on web3. Some, like Avalanche and Fantom, are highly compatible with Ethereum because they rely on the Ethereum Virtual Machine (which processes the smart contracts on the chains), they are still separate blockchains with their own technology to secure the data they store.

A simplification is to think of a blockchain as a stack of three different layers: an application layer to process smart contracts, a consensus layer to secure the data, and a network layer to communicate between them. Alternative L1s use different consensus and network layers, whilst L2s just use a different network layer, relying on Ethereum for their security consensus protocols. Let's unpack that a little bit.

Behind the scenes, however, things operate a little bit differently. To help users understand, the Arbitrum team has provided this exquisite drawing on their developer documentation to break it all down:

When you buy an NFT on Arbitrum or swap a token, that transaction request goes into Arbitrum’s 'inbox', which the chain processes, generating a transaction receipt. The receipt has several outputs, like the data about the transaction and the actual instruction it contains.

It’s like taking a road trip in a shared vehicle, rather than driving separately, and you can use a side road to avoid the traffic on the main road (or main-net), whilst still benefiting from its infrastructure (like the signs).

In late June 2022, Arbitrum was meant to launch a programme called Odyssey, which would give those who use the network free NFTs from crypto native artists Ratwell and Sugoi. That had to be put on hold after enormous pressure on the network which saw gas fees on Arbitrum jump well above those on Ethereum.

“Because of the heavy load being put on the chain causing higher than normal gas fees, we’ve decided it is best to pause the Odyssey until Nitro is released so that all communities and projects within Arbitrum continue to have a friction-free experience,” tweeted the Arbitrum team at the time.

That upgrade, Nitro, finally came to the chain in late August.

Nitro further compresses data sent to the Ethereum mainnet, reducing network fees and accelerating transactions. The charts tell an impressive story: the upgraded infrastructure has led to a sharp uptick in transactions on the layer-2.

Builders are taking notice of the changes. Josh Baker is the CEO of dAMM, a lending platform planning to expand to Arbitrum soon. “Arbitrum seems to be taking a major step forward by creating further scaling improvements," he says, predicting that “either one layer-2 scales substantially enough to win the entirety of the layer-2 market, or we could see a distributed app-chain future if that isn't completed fast enough."

Arbitrum Nova, on to new ground

Arbitrum is not just built for decentralised finance. In early August, the Arbitrum team released Nova, a new Arbitrum chain optimised for social media and gaming dApps. Nova is faster than the original, unoptimised blockchain, giving it the capabilities to accommodate data-heavy apps. It achieves this through a centralising decision built on Data Availability Certificates. Blockchains are about verification and trust, and Nova’s design relies on a system of minimal but efficient trust. Nova relies on a technical committee that stamps these certificates, centralising the role of validating transaction data to the seven committee members: Offchain Labs, Reddit, Google Cloud, FTX (a crypto exchange), P2P (a staking provider), and QuickNode and Infura (both blockchain infrastructure platforms).

It’s like taking a road trip in a shared vehicle, rather than driving separately, and you can use a side road to avoid the traffic on the main road, whilst still benefiting from its infrastructure.

So far, the most high-profile use of the chain comes from Reddit, which could potentially bring millions of its users to the chain through its rewards programme Community Points. Essentially in-app tokens, Community Points are currently in use on two subreddits, Reddit’s term for community forums: r/CryptoCurrency and r/FortNiteBR. These subreddits offer Community Points called Moons and Bricks, respectively. These tokens are stored in a user wallet independent of the company or moderators, and can be used within the subreddit to tip other contributors, vote on governance decisions, and purchase custom perks, but can also be used beyond the Reddit ecosystem: any developer can build an application that allows Redditors to use their tokens.

The announcement that Community Points had successfully moved to the Ethereum mainnet on the Fortnite: Battle Royal forum.

It should be noted that Reddit’s search for a technical solution to deploy its Community Points was quite a fanfare, and possibly one of the interesting examples of ‘building in public’, testament to the community involvement that has made Reddit one of the internet's most popular websites – and at the same time embodys much of the ethos behind web3. The platform ran a "The Great Reddit Scaling Bake-Off" competition two years ago, receiving submissions from many upstart chains. The infrastructure was originally built in 2021 on an Ethereum test network, not directly connected to the mainnet, and was migrated to Arbitrum after the scaling solution was chosen as the winner in May 2022. Community Points recently moved over to the Ethereum mainnet, integrating the tokens with the wider web3 ecosystem. Partnered with FTX, gas fees are around £0.01, though on the Fortnite forum they are paid by Reddit.

The L2 is seeing increasing adoption within the web3 community as well, with OpenSea announcing that it will support Arbitrum NFTs from tomorrow, on September 21st. Despite the decentralised promise of web3, almost all NFTs, on Ethereum and beyond, are sold on OpenSea, which currently only supports Ethereum and Solana. Volumes on Arbitrum's largest NFT platform, Stratos, are miniscule, by contrast, with each of the top thousand collections on OpenSea by volume exceeding the largest on Stratos by at least a factor of ten, so the move will see large volumes of Ether moved onto Arbitrum. Meanwhile, artists on Ethereum will now be able to sell NFTs via Arbitrum and pay lower gas fees, whilst remaining on the world's biggest NFT market (OpenSea) and blockchain (Ethereum).

Unlike Optimism, the biggest layer-2 chain, Arbitrum has not yet released a token despite much speculation. “If there is a token, I hope that it will have a strong utility while aligning long-term participants in the ecosystem,” GMX core contributor X said. Optimism airdropped the first batch of tokens in June to existing users. The L2's eligibility criteria included repeat use of Optimism, voting in DAO, multi-sig signature, and Gitcoin donations to Optimism.

Arbitrum airdrop may include some, none, or all of these criteria – the reason for opaqueness is to prevent gaming the system, known as airdrop farming. But if you genuinely participate in the network, trying out dApps and use cases like Reddit, you may be rewarded for being an early user — the classic web3 experience. 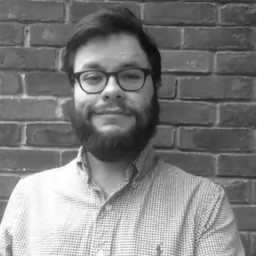 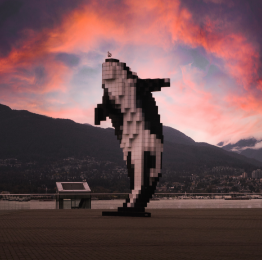 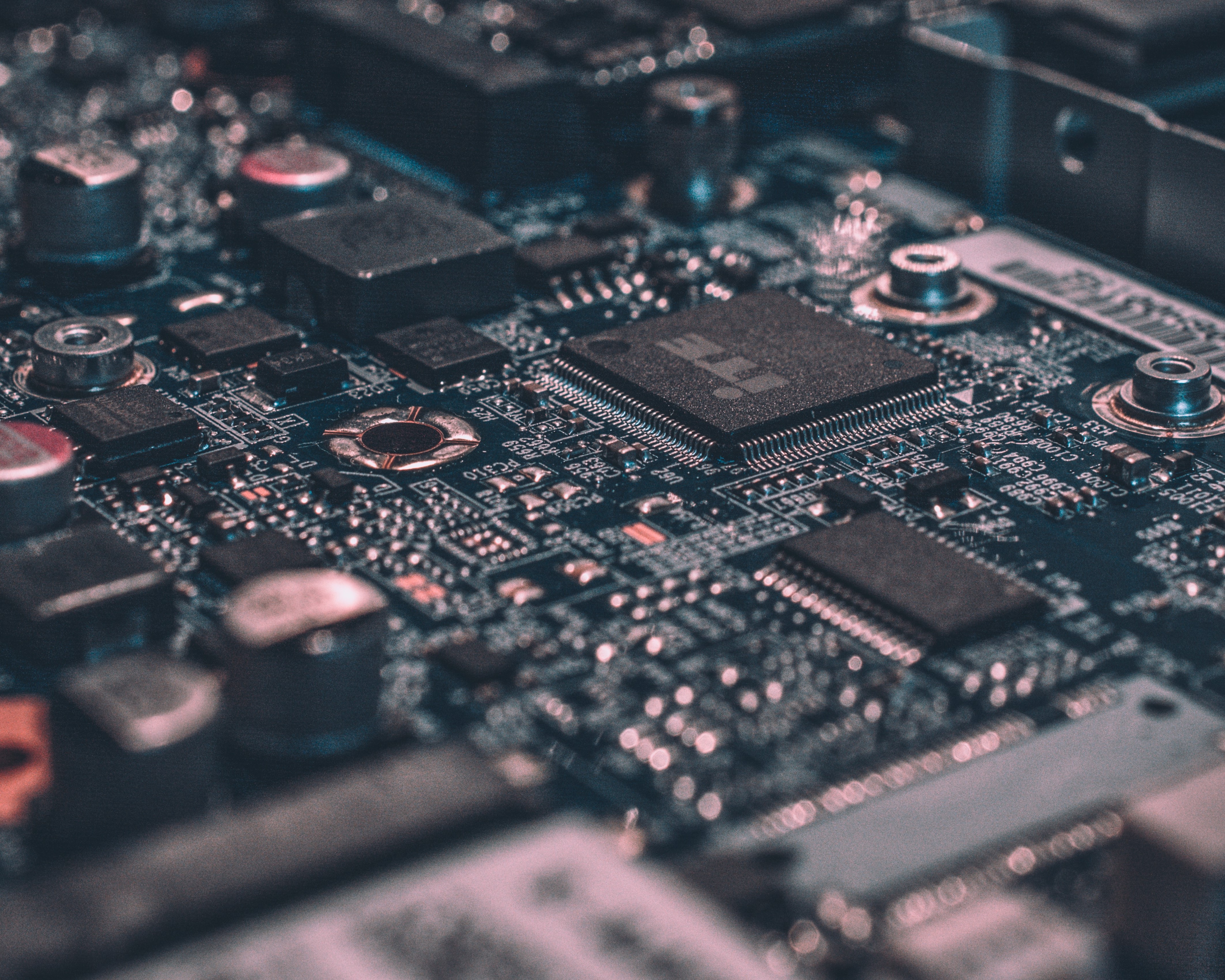 “Web3 is a backend revolution, it reinvents the plumbing behind the scenes, and will transform every industry and reshape outdated power structures. But most people will never know it exists” — Rex Woodbury